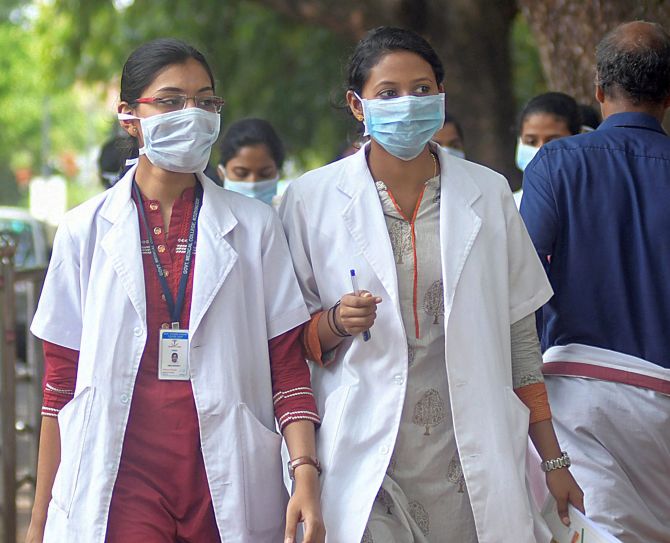 Union Health Minister J P Nadda today reviewed the ground situation with his Kerala counterpart and took stock of the public health measures in the affected areas of Kozhikode and Malappuram where the Nipah virus has claimed 17 lives so far.
The multi-disciplinary central team led by Director of National Centre for Disease Control and comprising experts from NCDC, AIIMS, Safdarjung hospital, EMR division, NIV Pune is constantly monitoring the situation of the Nipah Virus disease and supporting the State Health Authorities in managing the outbreak.
After reviewing the situation, the central team suggested triage of Nipah cases and establishment of dedicated isolation facilities in district and strict infection control practices, a health ministry statement said.
The government has also issued advisories for general public and healthcare personnel along with guidelines for sample collection for Nipah virus,  hospital infection control and laboratory biosafety guidelines.
In addition, contact tracing and treatment and clinical management protocol has been provided to the state authorities, it said.
National Centre for Disease Control is monitoring the situation in various States through the Integrated Disease Control Surveillance Programme network.
Advisories have been sent to all the states, video conferencing has been conducted with states for training and clarifying their doubts.
Further samples sent from various states such as Goa, Telangana, Karnataka, Himachal Pradesh have come out negative. Out of 19 reported cases of the disease, 17 have died .
-- PTI
« Back to LIVE