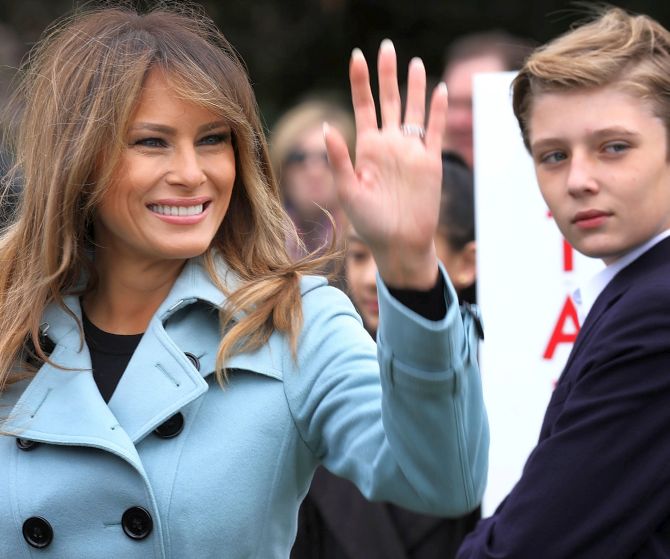 The White House said that Melania Trump would not be joining her husband at the Camp David presidential retreat.
Donald Trump was scheduled to head to Maryland on Friday afternoon, but officials said his wife would not be boarding the presidential helicopter with him.
Her absence will mark 22 straight days without a public appearance by the first lady following a recent hospitalization. The first lady was last seen on 10 May, when she and the president welcomed home three Americans who had been released from detention in North Korea.
The White House announced four days later that Melania Trump had been hospitalised to treat a kidney condition. She stayed five days before returning to the White House.
On Thursday night, she tweeted: Im here at the White House with my family, feeling great, & working hard on behalf of children & the American people!
It remains unclear when her next public appearance will be.
Questioned recently about his wifes health, Donald Trump told reporters: Shes doing great. The president pointed up at a window and said: Right there. Shes doing great. Just looking at us, right there.
Melania Trump did not appear, intensifying speculation.
« Back to LIVE