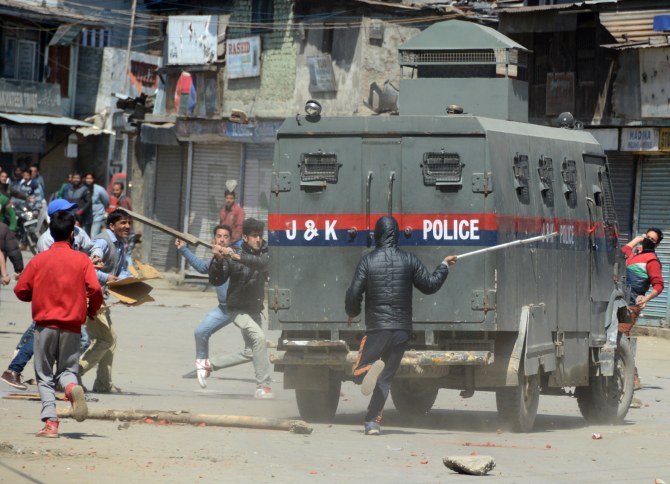 A youth, who was injured after he was allegedly hit by a security forces vehicle during clashes between protesters and forces in Srinagar, died at a hospital, police said today.
Kaiser Bhat, 21, a resident of the Fatehkadal area of Srinagar, was injured when the security forces vehicle allegedly hit him and another youth during the protests in the Nowhatta area of the city in Srinagar yesterday.
Both the injured were taken to the SKIMS hospital at Soura where Bhat succumbed to his injuries.
"Bhat succumbed to his injuries at the hospital around midnight," a police official said.
After the Friday prayers culminated at the Jamia Masjid in Nowhatta yesterday, a group of youth started pelting stones on the security forces, the official said.
Few of the protesters attacked a vehicle of the security forces which hit two of them, leaving them injured.
-- PTI
« Back to LIVE