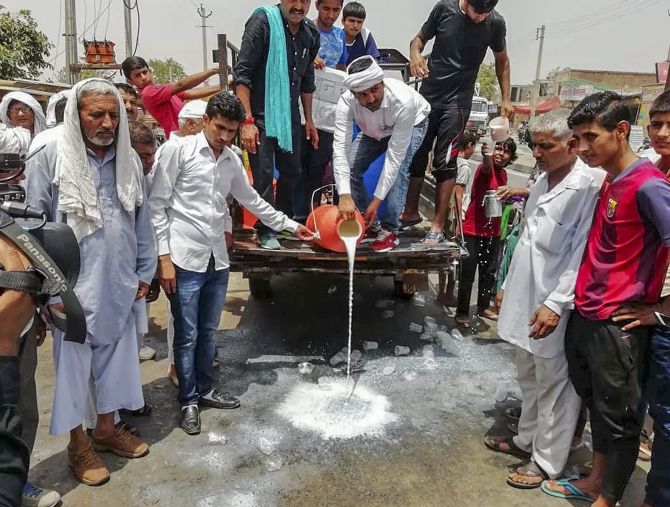 The arrival of vegetables at various market committees and collection of milk in Nashik were affected as a 10-day nationwide farmers' protest entered its second day today, said a senior functionary of one of the participating farm organisations.
"All milk dairies in the district are closed and collection centres for milk has been affected. Agitating farmers poured milk on the roads at Visapur in Yeola taluka in the morning today. Arrival of vegetables at APMC is also low," said Raju Desale, working president of the All India Kisan Sabha.
An official of the Nashik Agricultural Produce Market Committee said that the arrival of vegetables there was low due to the protest.
Several farmers' organisations have jointly called the 10-day protest, which started on June 1, across 22 states in the country demanding remunerative prices for their produce, implementation of the Swaminathan Commission recommendations and farm loan waivers etc.
-- PTI
« Back to LIVE