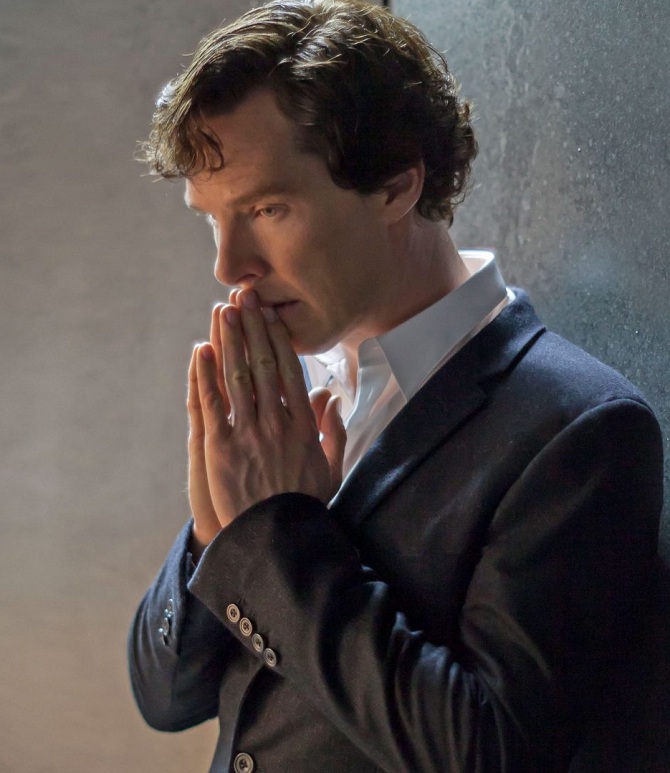 "Avengers: Infinity War" star Benedict Cumberbatch channelled his inner superhero after he saved a cyclist on takeaway duty from a gang of muggers.
The actor jumped out of an Uber taxi to fight off four miscreants who allegedly smashed the cyclist over the head with a bottle, The Telegraph reported.
The incident took place near his fictional character Sherlock Holmes' home in London's Baker Street.
According to witnesses, Cumberbatch's timely intervention foiled the mugging.
The 41-year-old actor dragged the perpetrators off the victim, who was in his 20s, after screaming at them to leave him alone. One of the men had tried to steal the cyclist's bike, but nothing was stolen.
Uber driver Manuel Dias said the cyclist was lucky and described Cumberbatch as a "superhero".
Dias, 53, said the actor and his wife, Sophie Hunter, were riding in his taxi but he only recognised him when he got out of the car.
The driver, who also tried to help the victim, said, "Then it all got a bit surreal. Here was Sherlock Holmes fighting off four attackers just round the corner from Baker Street. I had hold of one lad and Benedict another. He seemed to know exactly what he was doing. He was very brave. He did most of it, to be honest.
"They tried to hit him but he defended himself and pushed them away. He wasn't injured. Then I think they also recognised it was Benedict and ran away."
Dias said the actor embraced the cyclist after the scuffle.
The Metropolitan Police has confirmed that they were called to reports of an assault, and that the group had headed off along Marylebone Road towards Baker Street.
The victim did not need hospital treatment.
No arrests have been made.
« Back to LIVE