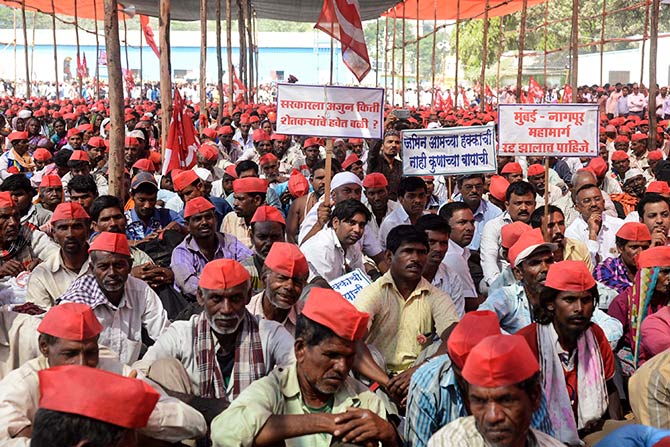 Farmers unions across Madhya Pradesh, Maharashtra and Punjab launched a mega 10-day protest on Friday morning, shutting down supply of milk, vegetables and essential farm produce to mark the first anniversary of the Mandsaur demonstration in MP in which six farmers were killed in police firing.
Among their major demands are one-time loan waiver, higher minimum support prices and higher prices for their produce in general.
Over 100 outfits claiming to be farmers organisations had met at Bhopals Gandhi Ashramin Wardha on May 11. The meeting was convened by Rashtriya Kisan Mahasangh an umbrella organisation of all the outfits. Modalities of the 10-day agitation were discussed during the meet.
In Mandsaur, the police were reported to have made farmers sign bonds of Rs 24,000 that they would not join the strike.
Meanwhile, Congress chief Rahul Gandhi will also be in Mandsaur on June 6 to mark the first anniversary of the bloody protests.
« Back to LIVE