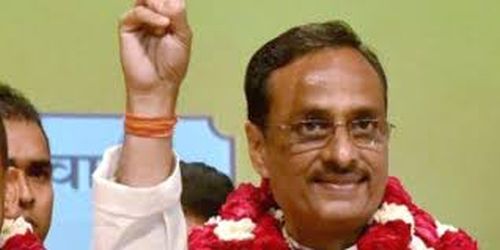 Uttar Pradeshs Deputy Chief Minister Dinesh Sharma said on Friday the advance medical procedure of test tube baby existed during the period of Ramayana, a day after equating the mythological character of Narada to Google.
People say Sita ji was born from an earthen pot, which means at the time of Ramayana, a concept similar to test tube baby must have existed, Sharma was quoted as saying by news agency ANI.
Sharma also seemed to echo Tripura chief minister Biplab Kumar Debs views that internet and satellites existed during the era of the Hindu epic Mahabharata and India invented advanced technology lakhs of years ago.
Today, the live telecast is being done, but I think a similar technology was present at the time of Mahabharata when Sanjay presented a live telecast of the battle of Mahabharata to Dhritarashtra, Sharma said according to ANI.
Sharma joined the long list of the leaders of the ruling Bharatiya Janata Party who have courted controversy by claiming that advance medical procedures like cataract, plastic surgery, nuclear tests and even the gravitation theory, started during the ancient times in India.
The BJP leader from Uttar Pradesh had said on Wednesday journalism began during the period of Mahabharata and cited various instances from the epic to support his claim.
He said Sanjaya narrated a birds eye view of the 18-day war in Kurukshetra to blind king Dhritarashtra while sitting in Hastinapur. This was something Tripuras Deb had also said.
Your Google has started now, but our Google started a long time back. Narad Muni was the epitome of information. He could reach anywhere and transfer a message from one place to another by saying Narayana three times, Sharma said while speaking at an event to mark Hindi Journalism Day.
« Back to LIVE