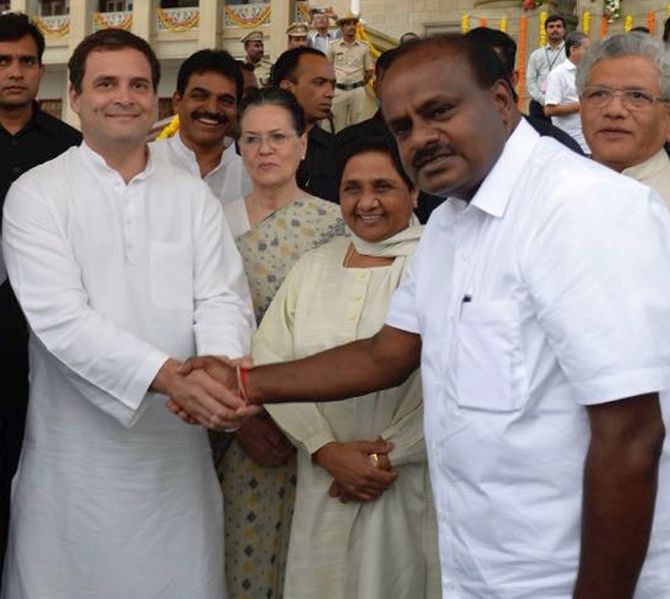 Congress and JD-S are likely to announce a power-sharing deal for their coalition government in Karnataka on Friday, with unambiguous reiteration that H D Kumaraswamy will be chief minister for the full term and the two parties will contest the 2019 Lok Sabha polls together.
Contrary to speculation, the protracted negotiations were focussed not just on ministerial portfolios to be apportioned between the two partners but also on other dimensions setting up a coordination committee, common minimum programme and stability of the government.
Among key portfolios, finance will go to JD-S while the home department will be run by Congress.
On Thursday, Congress general secretary K C Venugopal and JD(S)'s Ali flew to Bengaluru for final talks with local leaders after five rounds of negotiations in the national capital. On Wednesday night, Congress president Rahul Gandhi joined the negotiators through a conference call to settle matters.
« Back to LIVE

No conclusion reached in Sushant death case yet: CBI

'The Central Bureau of Investigation is conducting professional investigation related to death of Shri Sushant Singh Rajput in which all aspects are being looked at and no aspect has been ruled out as of date,' a CBI spokesperson said in...