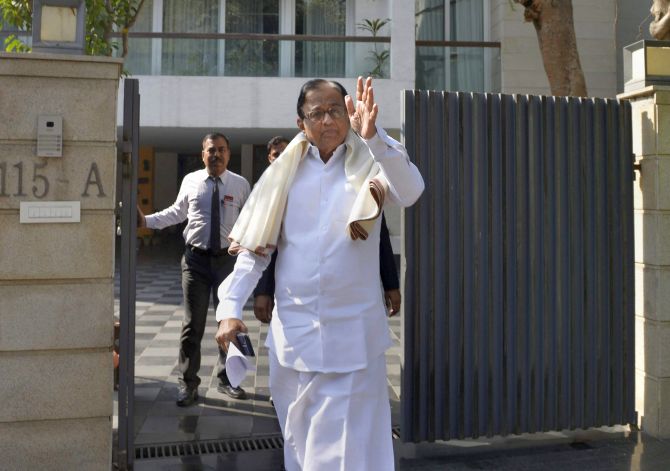 Former Union minister P Chidambaram has been summoned by the Central Bureau of Investigation on June 6 in the INX Media corruption case.
Yesterday, the Delhi high court had granted Chidambaram interim protection from arrest till July 3.
Chidambaram's role has come under the scanner of investigating agencies in the Aircel-Maxis deal of Rs 3,500 crore and INX Media case involving Rs 305 crore. It was during his tenure as finance minister in the United Progressive Alliance-1 regime that Foreign Investment Promotion Board clearance was granted to the two ventures in which alleged irregularities have been found.
In the INX Media case, the CBI had registered an FIR on May 15 last year against alleged irregularities in the FIPB clearance to INX Media for receiving overseas funds to the tune of Rs 305 crore in 2007 when Chidambaram was finance minister.
Chidambaram's son Karti Chidambaram was also arrested in the matter for allegedly receiving funds to the tune of Rs 10 lakh in the case.
« Back to LIVE