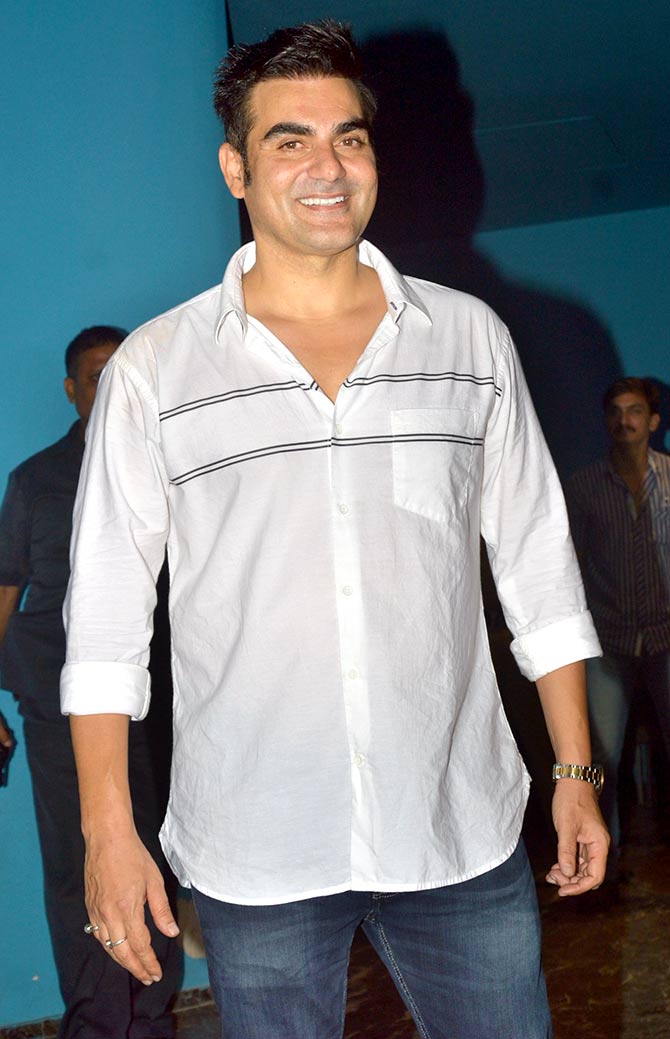 Arbaaz Khan has reportedly been summoned by the Thane police for questioning in regards to a betting probe into the Indian Premier League, according to a TV report.
His name cropped up during the investigation of high profile bookie Sonu Jalan. Arbaaz has been asked to record his statement by the ant-extortion cell of Thane crime branch.
Arbaaz was summoned for alleged placements of money on matches during the 11th season of the IPL through bookies, it was reported.
On May 16, the anti-extortion cell of the Thane Crime Branch raided a building in Dombivli where the nerve centre of an IPL betting ring was located. Three people were arrested and two more arrests were made in the following days.
Jalan (41) was nabbed on the Kalyan sessions court premises, where he had come to "comfort" his partners who were produced there on Tuesday.
Jalan, a Mumbai resident, is a partner in an online portal which was active during the IPL season. The anti-extortion unit of Thane police claims that his arrest would further expose the betting racket and bring to light an army of bookies.
« Back to LIVE