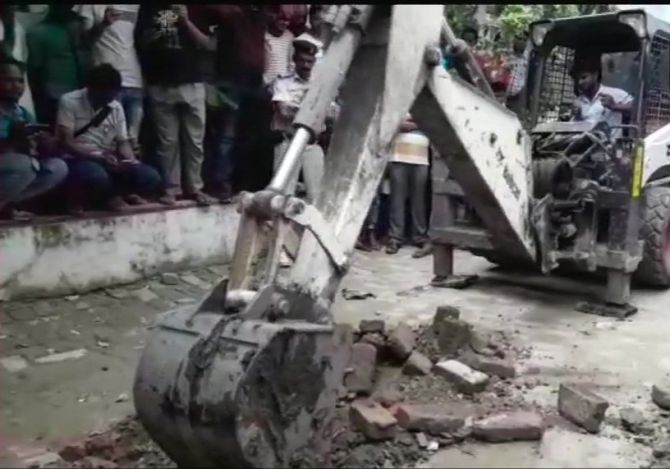 The alleged rape and murder of a girl at a government-funded shelter home in Bihar figured in Rajya Sabha today with the RJD demanding an investigation in the matter.


Raising the issue during the Zero Houri, RJD member Manoj Kumar Jha said "a chilling incident" occurred in Muzaffarpur where more than 40 'Nirbhayas' (victims named after the girl who was brutally raped and murdered in Delhi in December 2012) have been abused.


Expressing anguish over the incident, he alleged that the shelter home was being run by a person, while the contract was in the name of another person.


The RJD member also expressed concern over reports of sexual assaults against women being reported from different parts of the country. As Jha demanded probe into the Muzaffarpur case, a JD(U) member said the Bihar government has already started an investigation.


Chairman M Venkaiah Naidu termed the incident as "very serious". Medical reports have suggested that more than half of the 40 girls, lodged at the shelter home, may have had sexual intercourse at some point of time, police had said earlier.


The inmates of the shelter home have also alleged that one of the girls was beaten to death and buried at the premises of the facility, while several others were raped. Following the allegations, the Bihar Police has launched a probe and dug up the ground of the shelter home in search of the body.
-- PTI


Image: The Bihar police has launched a probe and dug up the grounds of the shelter home, but are yet to find the body. Photograph: ANI
« Back to LIVE