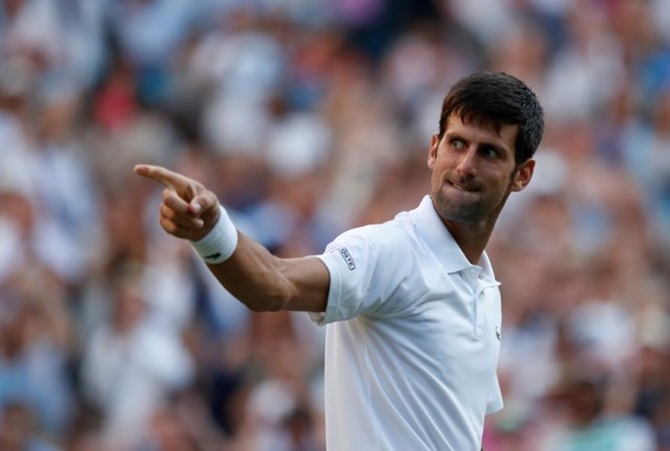 Three-time champion Novak Djokovic reached his eighth Wimbledon semifinal with a 6-3, 3-6, 6-2, 6-2 win over Japan's Kei Nishikori.
Djokovic will be playing in his 32nd Slam semifinal where he will face either world number one Rafael Nadal or fifth-seeded Juan Martin del Potro.
« Back to LIVE