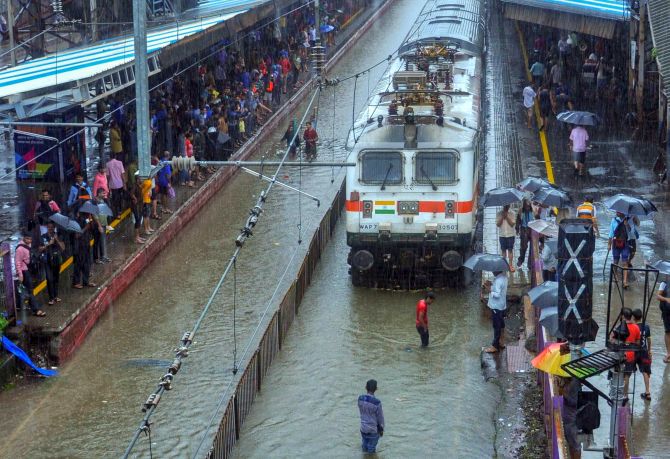 Mumbai has been reeling under the impact of heavy monsoon rain.
The city received five times the normal amount of rain, which led to waterlogging on roads and rail tracks.
In Mumbai's suburban area of Nallasopara, water levels rose to 460 mm, making it impossible to run trains.
On Tuesday morning, Central and Harbour line local trains are running on time but Western line local train services between Vasai Road to Virar are still suspended.
Western Railways tweeted: "Trains are running on restricted speed only between Churchgate-Bhayander section."
In a second tweet, it said, "Local trains running normal bet Churchgate--Bhayander. Though water level has come down, on tracks at/near Nallasopara, it is still not at safe level. Suburban services will start bet Nallasopara-Virar as soon as water level comes down to safe level."
« Back to LIVE