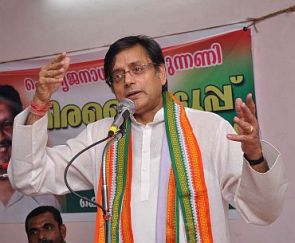 In the world outside Mumbai, Congress MP Shashi Tharoor has moved the Delhi court seeking anticipatory bail in the Sunanda Pushkar death case. The Patiala House court said it will take up his plea at 10 am tomorrow.


Tharoor's counsel told ANI, "SIT categorically stated in a chargesheet that the probe is concluded and no custodial interrogation of any person is required. The law is very clear that if the chargesheet is filed without arrest, bail is inevitable. Matter fixed for consideration at 10 am tomorrow."


Tharoor has been summoned by the trial court on July 7 as an accused in the case. He is charged with abetting the suicide of his wife and subjecting here to cruelty. Delhi Police filed a chargesheet in May naming Tharoor as an accused. Pushkar, according to the chargesheet, killed herself by overdosing on antidepressant pills.
« Back to LIVE