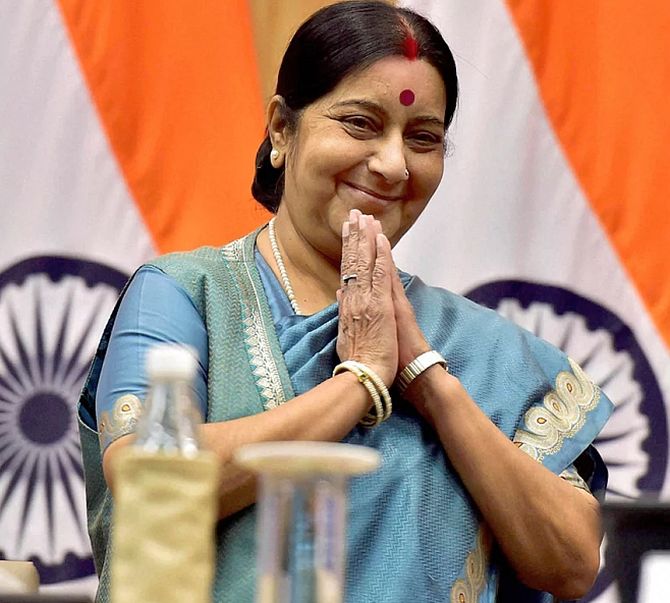 Only one of two ministers in PM Narendra Modi's cabinet to have found their voice and lent their support to colleague Sushma Swaraj over the the incessant and rabid trolling is Nitin Gadkari.


Speaking to ANI today, the Road Transport & Highways minister today said, "This is very unfortunate. She wasn't present in the country when this decision was taken. She has no connection with it and the decision isn't wrong either."


The Foreign Minister has been at the brunt of vicious attacks on Twitter over her ministry's clearance for the passport of a Hindu-Muslim couple. Several days after the incident, the abuse on Twitter hasn't let up.


On Sunday,  Swaraj tweeted, "In a democracy, difference of opinion is but natural. Pls do criticise but not in foul language. Criticism in decent language is always more effective."
« Back to LIVE