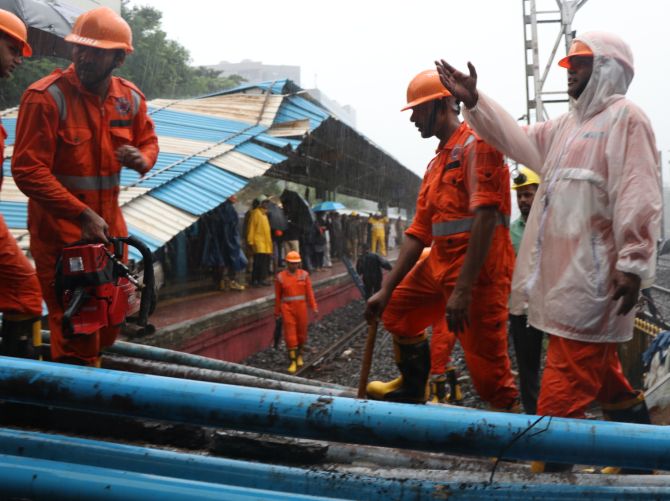 The NDRF has been pressed into action to aid efforts to remove the debris after a footover bridge near Andheri station collapsed early this morning.
Mahesh Nalavade Deputy Commander says, "NDRF has a 40 member team. Our major problem is the heavy rain. We can't remove debris through machines. It has to be done manually."
According to reports, water has accumulated on the railway tracks at Vikhroli, Kurla, Sion stations.
Senior Railway officials claim train services between Bandra-Goregaon are unlikely to resume before 3 pm as wires have been damaged due to the collapse,
Meanwhile, The Mumbai traffic police has issued the following advisory: "Commuters might face traffic congestion on roads leading to the airport. Request to keep it in mind to ensure one reaches on time for their flights."
« Back to LIVE