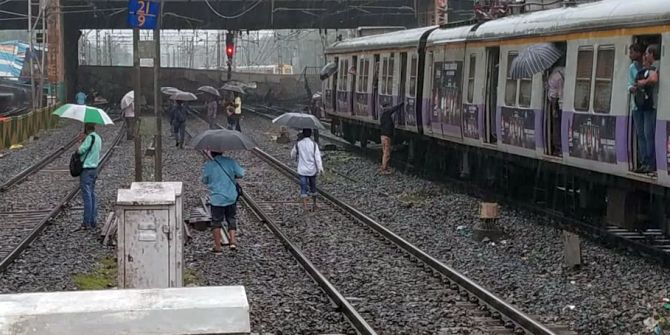 One person has been rescued from the debris after a bridge collapsed in Mumbai near Andheri station.
NDRF officials have been quoted by NDTV as saying that there are no others trapped in the debris.
Early Tuesday morning, a part of the Gokhale bridge in Andheri -- that connects the east to west -- collapsed, leaving thousands of commuters stranded owing to train services on the Western line being suspended.
Railway officials have clarified that trains between Churchgate to Bandra and Virar to Goregaon are working, but services between Bandra and Goregaon have been cancelled.
« Back to LIVE