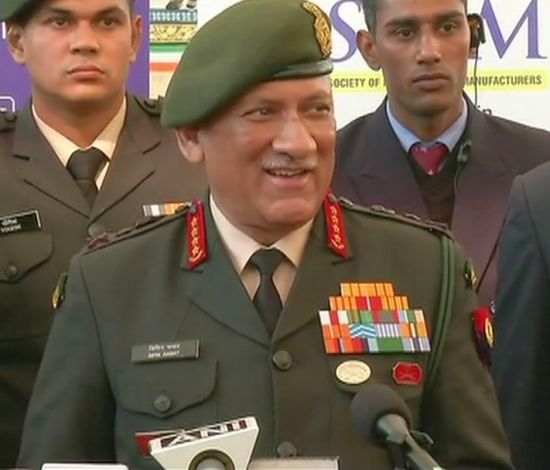 The "Tuting incident" in Arunachal Pradesh has been resolved, Army Chief Gen. Bipin Rawat said in New Delhi today, days after Indian troops foiled attempts by Chinese road building teams to build a track on the Indian
side of the border.
Rawat suggested that a Border Personnel Meeting between the two sides in Arunachal two days ago had resolved the issue.
"The Tuting incident has been resolved," he told reporters on the sidelines of an event.
He added that the BPM had taken place two days ago.
According to the Army chief, there was a major reduction of Chinese troops in the Doklam area in the Sikkim sector.
Chinese road building teams had entered about one kilometre inside Indian territory in Tuting, government sources said, adding that they had come for track alignment activities.
The teams returned when confronted by Indian troops and left behind various road building equipment, including excavators, they said.
The incident came nearly four months after the end of the 73-day Dokalam standoff between Indian and Chinese troops in the Sikkim sector. -- PTI
« Back to LIVE