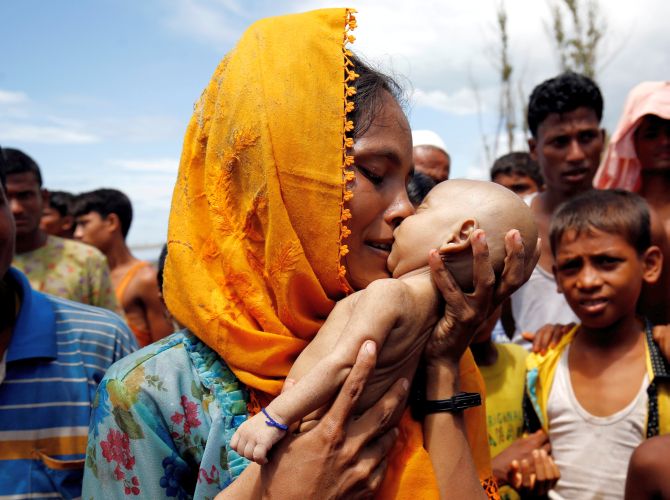 'Majoritarianism in South Asia isn't necessarily about targeting Muslims. Nor is it provoked by the need to discipline recalcitrant minorities in general. Majoritarian politics results from the patiently constructed self-image of an aggrieved, besieged majority that believes itself to be long-suffering and refuses to suffer in silence anymore. The cultivation of this sense of injury is the necessary precondition for the lynchings, pogroms, and ethnic cleansing that invariably follow,' writes Mukul Kesavan in The New York Review of Books, in his review of two books -- The Rohingyas: Inside Myanmar's Genocide by Azeem Ibrahim and Islam and the State in Myanmar: Muslim-Buddhist Relations and the Politics of Belonging, edited by Melissa Crouch.
You can read his review here.
Photograph alongside: Mohammad Ponir Hossain/Reuters.
« Back to LIVE