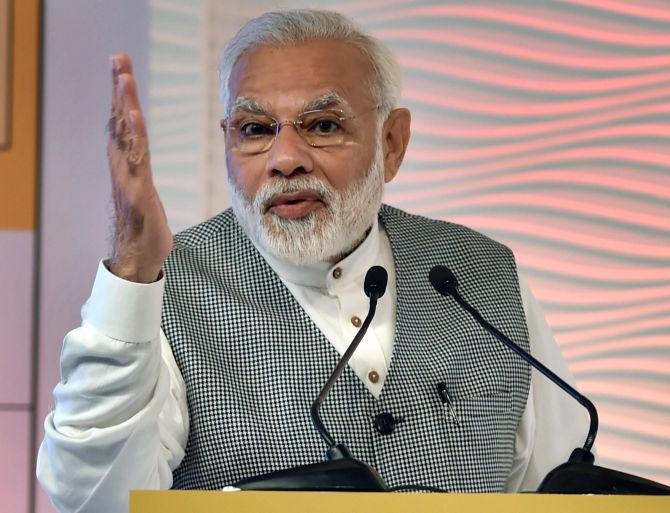 Prime Minister Narendra Modi today drew the attention of the country's top police officials to the problems arising out of social media and cyber crimes, saying they should be dealt with on highest priority.

Speaking at the concluding day of the annual conference of the director generals and inspector generals of police in Tekanpur, Madhya Pradesh at the Border Security Force Academy, the prime minister said that there was an emerging global consensus towards greater information sharing on illicit financial dealings and India could play a key role in achieving this.

Modi said cyber security issues should be dealt with immediately and should receive highest priority, according to an official release.

In this context, the prime minister particularly mentioned the importance of social media.

He said messaging should rely on local languages for greater effectiveness.

Referring to the radicalisation of youth, Modi urged the top police officers to use technology to pinpoint the problem areas.

Around 250 top officers from the state police forces and central police organisations participated in the three-day meet.   -- PTI
« Back to LIVE