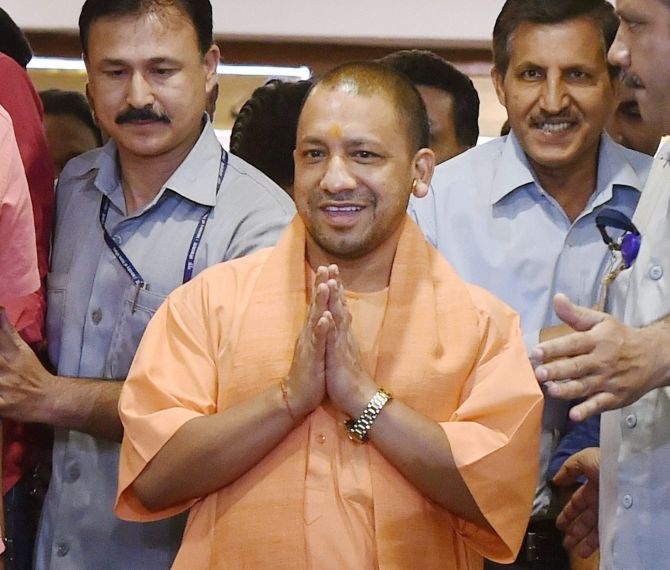 Amid controversy over encounter killings in Uttar Pradesh, Chief Minister Yogi Adityanath has said that those who believed in the language of the gun, should be answered in the same manner. His remarks came amid criticism over the rising cases of encounters in the state.


"Everyone should be guaranteed security, but those who want to disturb peace of the society and believe in the gun, should be given the answer in the language of the gun itself. I would tell the administration, that there is no need to worry on this," Adityanath said in Gorakhpur.


Earlier, speaking to reporters in Lucknow on the uproar by the opposition in the state Assembly over various issues during the customary address of Governor Ram Naik, he said, "The opposition leaders'...rude, unparliamentary, indecorous and indecent behaviour...is despicable." "This type of behaviour shatters the parliamentary tradition ... Paper balls were thrown, balloons were flown. The use of foul language for the governor by the Samajwadi Party members in the presence of their leaders is indeed unparliamentary and an despicable act," he had said.


The behaviour pointed to the anarchy that was there in the state under the earlier rule, Adityanath added. "These people are yet to come out of their mindset of anarchy -- which they had allowed in the state -- and they do not want the House to be free from that anarchy," he said. -- PTI
« Back to LIVE