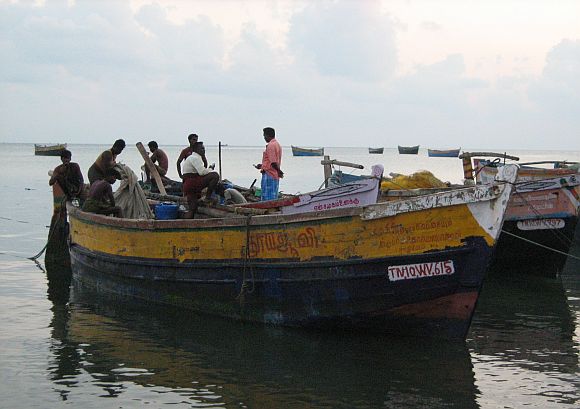 The Sri Lankan government today recommended the release of 113 Indian fishermen arrested in recent months by its Navy on charges of fishing in its
territorial waters, a fishermen association leader said.
A communication in this regard had been sent to the court in Jaffna, Tamil Nadu Mechanised Boats Fishermen Association President P Sesuraja said quoting information received from the Fisheries officials in Sri Lanka.
The fishermen from Tamil Nadu had been detained over a period of time and lodged in prisons in the neighbouring country. Their mechanised boats had been impounded.
The state government had taken up the issue with the Centre last month and sought release of the fishermen and the boats.
This is the second instance of release of Indian fishermen in large numbers since December last year. The Sri Lankan government had released 89 fishermen from Tamil Nadu and Puducherry in the last week of December.
-- PTI
« Back to LIVE