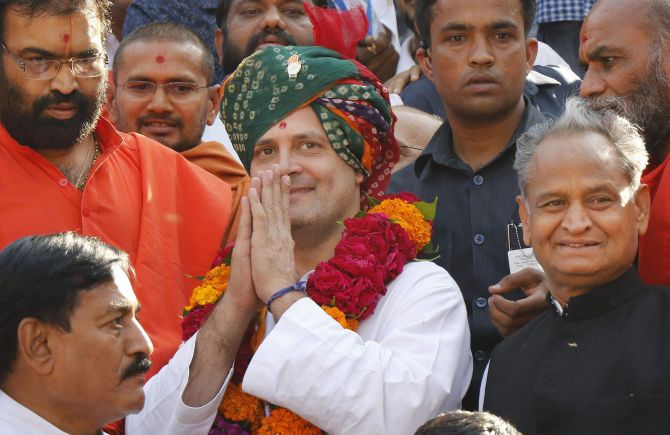 Congress chief Rahul Gandhi today called upon all political parties to unite on the issue of grant of special status for Andhra Pradesh and other demands, including the speedy completion of the Polavaram project.


"The Congress supports the just demands of the people of Andhra Pradesh for special category status and speedy completion of the Polavaram project. It's time for all parties to unite on this issue and support this call for justice," he tweeted. Various parties have been raising the demand in both Houses of Parliament, leading to disruptions. The Congress and the TDP, which is part of the ruling NDA, have been at the forefront of protests inside and outside Parliament for granting special status to Andhra Pradesh. They have also been pressing for early fulfilment of all their demands as per the Andhra Pradesh Reorganisation Act, after the bifurcation of the state. -- PTI
« Back to LIVE