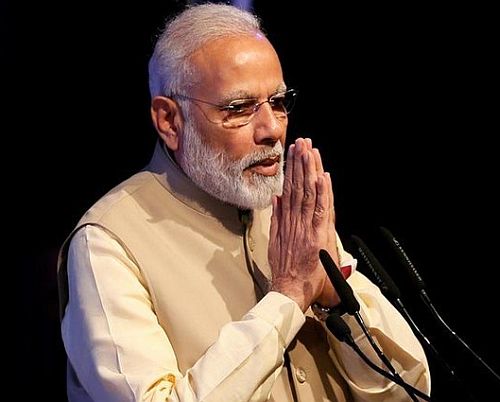 Prime Minister Narendra Modi will leave for his three-nation visit to Palestine, the United Arab Emirates and Oman today. Noting that this would be the first-ever prime ministerial visit to Palestine from India, the official spokesperson of the Ministry of External Affairs, Raveesh Kumar, said, "The Prime Minister will travel to Palestine via Amman. The Government of India and its leadership are very grateful to the Jordanian authorities and leadership for the wholehearted cooperation being extended for the Prime Minister's transit."


This will be Prime Minister Modi's second visit to the UAE and the first to Oman. During the visit, the Prime Minister will hold discussions on matters of mutual interest with their leaders, apart from participating in other events.


Also, Prime Minister Modi would be addressing the Sixth World Government Summit to be held in Dubai, at which India has been extended the 'Guest of Honour' status. He will also meet the Indian community in the UAE and Oman. -- ANI
« Back to LIVE