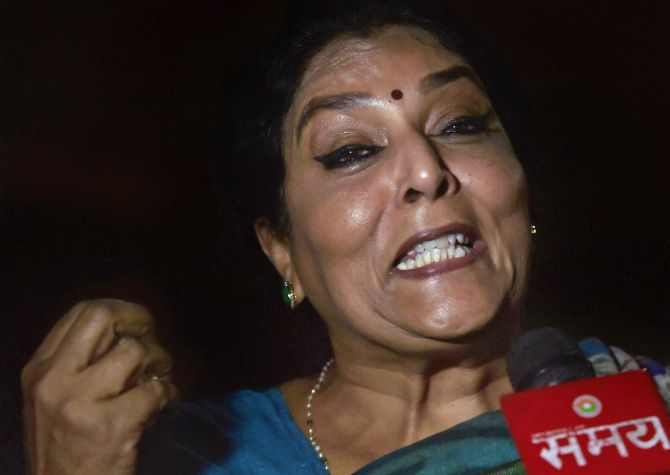 Congress MP Renuka Chowdhury has moved a privilege motion in the Rajya Sabha on Friday against Union Minister of State for Home Kiren Rijiju for posting a video of Prime Minister Narendra Modi mocking her laughter in the Rajya Sabha.

Rijiju had captioned the tweet as "Despite such vexatious laugh by Renuka Chaudhary ji PM Narendra Modi ji didn't get irritated."

Expressing ire over the post, Renuka had told media, "This is degrading to a woman and highly objectionable. I am going to move a privilege motion."

Prime Minister Modi, on hearing the Congress MP laugh during his speech in the lower house on Wednesday, had said that he had last heard such laughter in the serial 'Ramayana.'

The following day, Rajya Sabha was adjourned for an hour over Prime Minister Modi's remarks.  - ANI
« Back to LIVE