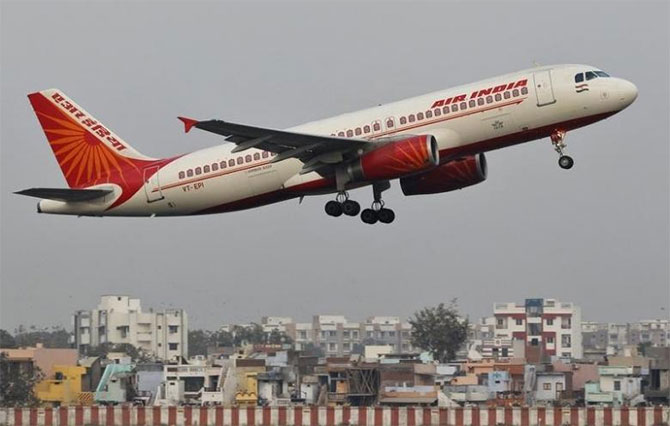 Air India has been "consistently improving" its overall performance and more than doubled its operating profit to Rs 298.03 crore in the last financial year, according to the government.


"Air India has been consistently improving its overall financial and operational performance since the implementation of the turnaround plan by the government," Minister of State for Civil Aviation Jayant Sinha said in a written reply to the Lok Sabha today.


In 2015-16, Air India had an operating profit of Rs 105 crore while net loss stood at Rs 3,836.77 crore. The previous UPA government, in 2012, had approved a turnaround plan under which Air India is to receive a total equity infusion worth Rs 30,231 crore up to 2021 subject to meeting certain performance thresholds. Out of the total amount, Rs 26,545.21 crore has already been infused into the airline till now. -- PTI
« Back to LIVE
Business emailOffice email AppDomain registrationWebsiteRediffmailMoneyCompany emailOnline ShoppingBooksGiftsVideosBlogsBuzz