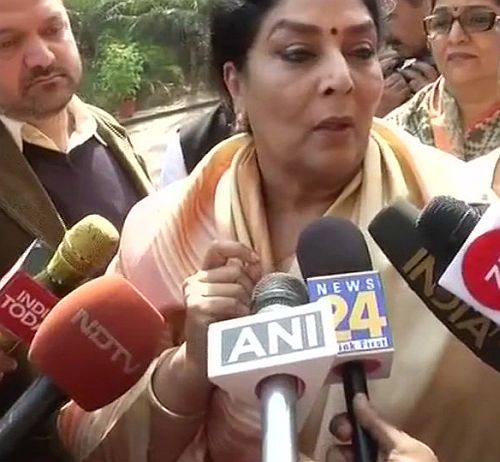 Congress' Rajya Sabha MP, Renuka Chowdhury has said she will file a privilege motion on Kiren Rijiju for posting a video of PM Modi's remarks on her in the Rajya Sabha yesterday.


Taking the dig at Chowdhary, Rijiju shared a Facebook post late on Wednesday after Modi compared Chowdhary's laughter with the one in the epic television serial "Ramayana" in the 1980s.


Modi had taken a dig at Chowdhary, who burst out laughing at his claim that the idea of Aadhaar was conceptualised during the Atal Bihari Vajpayee government.

Modi had compared her laughter with the one in Ramanand Sagar's epic series.
« Back to LIVE