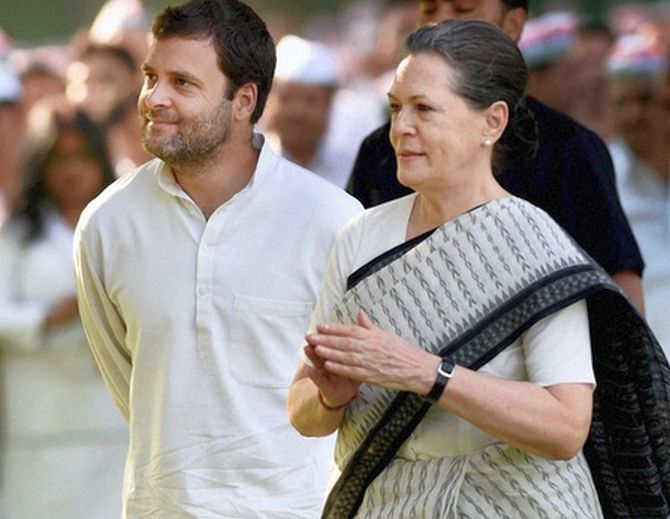 Sonia Gandhi tells Congress leaders at the party's parliamentary meeting that Rahul is the boss.

"We have a new Congress president and on your behalf and my own I wish him all the best. He is now my boss too. Let there be no doubt about that," the former Congress party chief said.


Rahul Gandhi was crowned as the 87th president of the Indian National Congress in January, a post his mother, Sonia Gandhi had held for 19 years.


Addressing Congress leaders, Sonia Gandhi spoke about the party's performance in Gujarat and Rajasthan. "We performed very creditably under tough circumstances in Gujarat and the recent by-election results in Rajasthan were huge. This shows winds of change are coming. I am sure Karnataka too will underline resurgence of Congress:," she said.

"It has been almost four years since this govt came to power, this has been a period in which institutions which have come under systematic assault-Parliament itself, judiciary, media and civil society. Investigative agencies have been let loose against political opponents," Sonia told the Congress Parliamentary Party meeting.