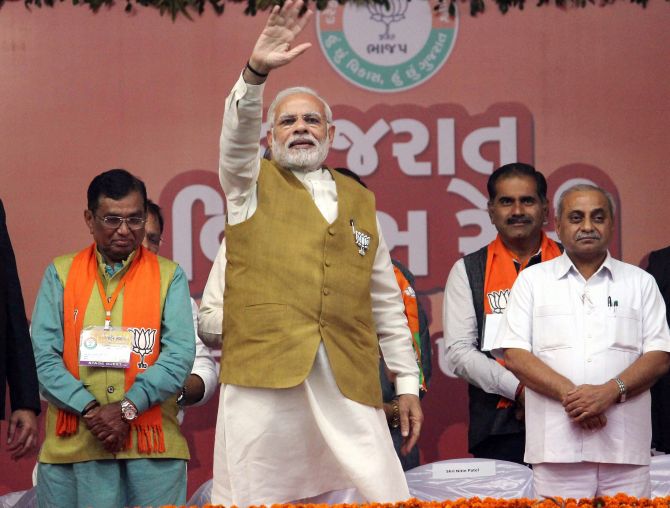 Prime Minister Narendra Modi will address two rallies in Tripura on Thursday ahead of the February 18 assembly elections in the state.

The prime minister will address one rally at Sonamura in Sipahijala district and the other at Kailasahar in Unakoti district.

In view of Modi's rallies, tight security arrangements have been put in place in the state.

Addressing poll rallies in Kumarghat and Kailasahar, Tripura Chief Minister Manik Sarkar had said that in the regime of present central government, the rate of unemployment was increasing and that the Centre was not filling up vacancies remained in the government departments.

The assembly Elections in Tripura are slated to be held on February 18 and the counting will take place on March 3. -- ANI