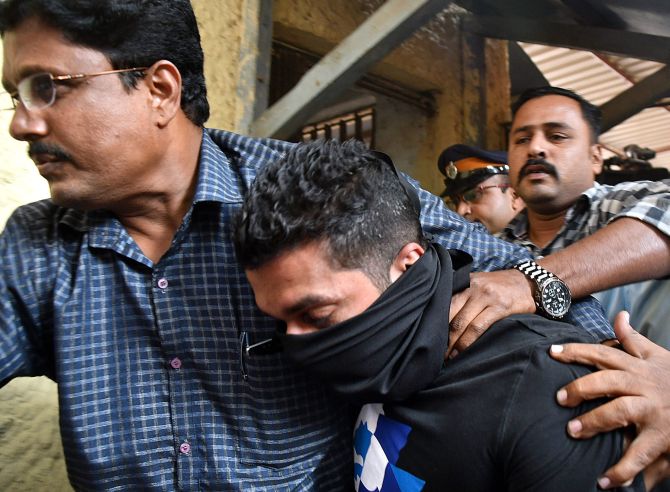 The three owners of the '1 Above' pub, which was gutted in the Kamala Mills Compound fire in Mumbai last year, were today arrested in a case related to non- payment of Provident Fund to their employees, police said. Kripesh Sanghvi, his brother Jigar and their partner Abhijeet Mankar were arrested by the N M Joshi Marg police, Deputy Commissioner of Police (DCP), Zone III, Virendra Mishra, said. They had allegedly not paid PF dues of Rs 8.65 lakh to their employees and accordingly, a case was registered against them under relevant sections of the Indian Penal Code and the Provident Fund Act, he told PTI.


The case was registered after the Kamala Mills fire tragedy and the arrests were made today, the DCP said, adding that they would be produced before a local court. The three were already in custody in the Kamala Mills fire case and now have been arrested in the PF payment default matter, police said. They were booked under IPC sections 406 (criminal breach of trust) and 409 (criminal breach of trust by public servant, or by banker, merchant or agent), and section 14 of the PF Act (filing prosecution against defaulters), they said. -- PTI