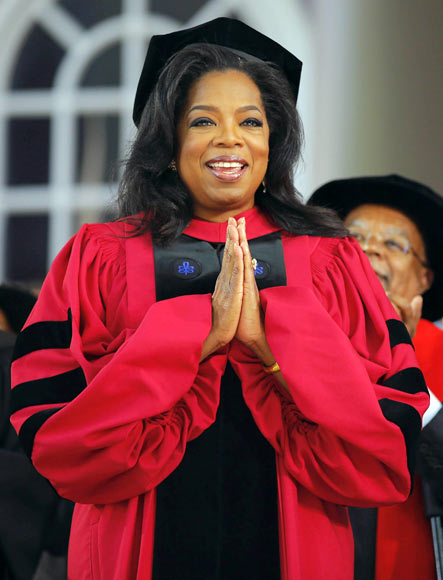 Oprah Winfrey has shot down the prospects of her running for the post of President of the United States. During a conversation with Broadway star Lin-Manuel Miranda on her podcast SuperSoul Sunday, Winfrey said she is not running for the office, according to Entertainment Weekly. Miranda had said that he was not going to enter politics, to which Winfrey responded, "I'm not either!"


Winfrey's rousing speech at the Golden Globe awards had set social media abuzz with speculation that she might enter politics with many celebrities already looking at her as a possible presidential candidate in 2020.


Winfrey had earlier also shot down the possibility of her presidential bid in an interview with InStyle magazine. "I've always felt very secure and confident with myself in knowing what I could do and what I could not. And so it's not something that interests me. I don't have the DNA for it," Winfrey had said. -- PTI
« Back to LIVE