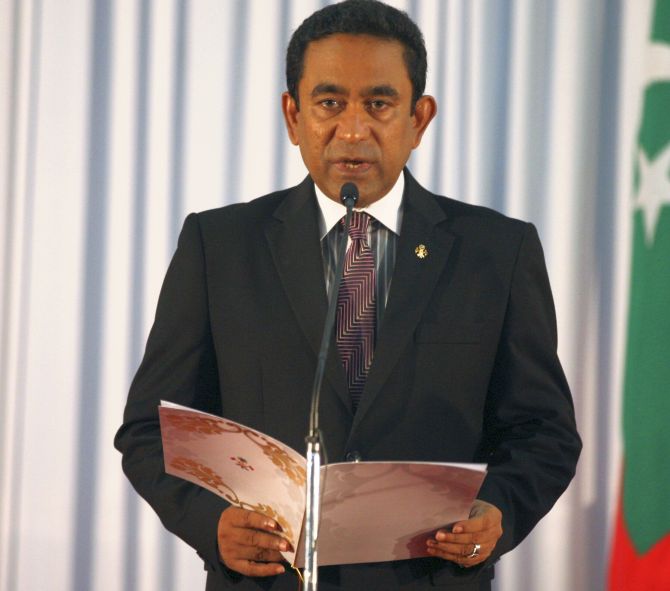 
"Members of the Administration's Cabinet, on the direction of President Abdulla Yameen Abdul Gayoom, will visit friendly nations of the Maldives and provide updates on the current situation," Yameen's Presidential Office said in a statement.


India was disturbed by the declaration of the state of emergency in the Maldives, following Maldivian President Abdulla Yameen's refusal to abide by the Maldivian SC's ruling, the Ministry of External Affairs said on Tuesday.


China on Tuesday called for a dialogue to end the ongoing political crisis in the Maldives and to ensure social and political stability.Former President of Maldives Maumoon Abdul Gayoom, Chief Justice Abdulla Saeed, Supreme Court Justice Ali Hameed and Judicial administrator Hassan Saeed were arrested by the security forces after Yameen declared a state of emergency in the country on Monday. - ANI