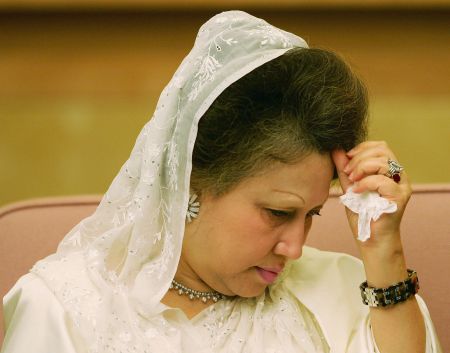 Bangladesh was on high alert ahead an impending corruption trial verdict today against ex-prime minister and main opposition BNP chief Khaleda Zia that may disqualify her from contesting the next general election slated for December. A Dhaka court is set to deliver the judgement in the trial in which Zia, 72, and five others, including her expatriate elder son Tarique Rahman, stand accused of embezzling 21 million takas (USD 252,000) in foreign donations meant for the Zia Orphanage Trust. -- PTI
« Back to LIVE
Business emailOffice email AppDomain registrationWebsiteRediffmailMoneyCompany emailOnline ShoppingBooksGiftsVideosBlogsBuzz