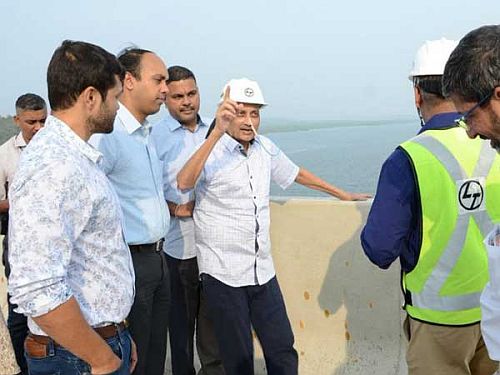 Ailing Goa Chief Minister Manohar Parrikar on Tuesday held a meeting with senior officials of the personnel department to take stock of vacancies, promotions and retirement-related issues in various government departments. The meeting, held at Parrikar's private residence at Dona Paula near Panaji, went on for over two hours,a senior official in the Chief Minister's Office said.


Parrikar went through the records of how many vacancies were pending in different departments and also how many employees were awaiting promotions, he said.


The officials concerned were then given instructions to take necessary steps to fill in the vacancies and award the due promotions, the official said. On Sunday, Parrikar had inspected two under- construction bridges on Mandovi and Zuari rivers in the state.


This was the first time the 63-year-old chief minister was seen in public since returning to Goa on October 14 post hospitalisation in Delhi's All India Institute of Medical Sciences. Parrikar has been recuperating at his private residence near Panaji since October 14. -- PTI
« Back to LIVE