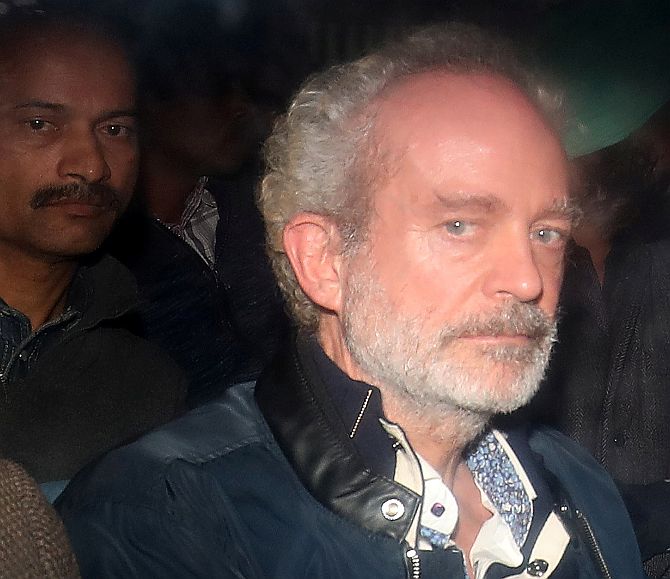 He may have become the poster boy for Indian enforcement agencies, but alleged Agusta middleman Christian Michel, extradited by Dubai on December 4, has not opened up at all to the Central Bureau of Investigation.
Top sources have confirmed to NDTV that the cooperation they were hoping for from the middleman in the 3600-crore AgustaWestland VVIP chopper deal has not materialised.
After nearly two weeks in CBI custody, Christian Michel remains tight-lipped about his business dealings and who got the benefit of Rs 500-odd crore allegedly paid in India to help aeronautics company AgustaWestland land the contract for a dozen helicopters for VVIPs during UPA-1.
While the CBI has told a court that Michel claimed to be dyslexic, NDTV has learnt that his tactic has been to counter every question by deflecting it to the other middleman being investigated in the case, Guido Haschke.
« Back to LIVE