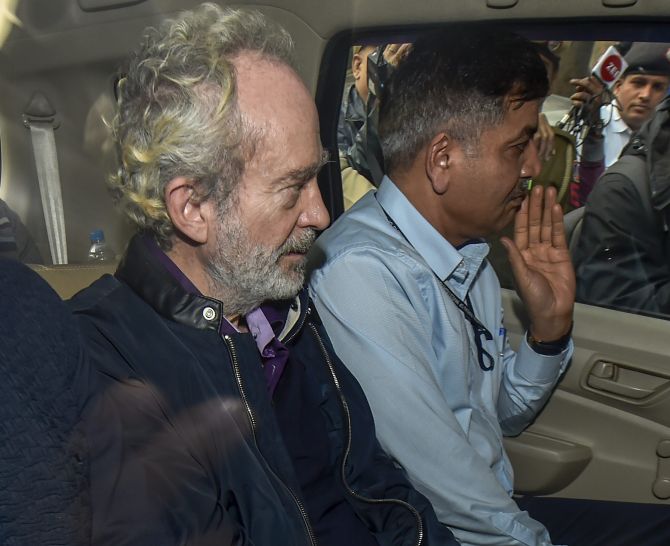 
The 57-year-old British national was produced before special judge Arvind Kumar. The probe agency told the judge that Michel needs to be confronted with various documents in the case and had sought further custody of for five days. It also said that the accused was required to be taken to the premises of Pawan Hans India Ltd in Mumbai to verify his version of his alleged attempted negotiations to buy back WG-30 helicopters, to identify the shipper and to confront the officials of Pawan Hans India.


The agency said that voluminous documents have been received from various countries pursuant to the 'Letter of Requests' and the accused was yet to be confronted with a number of them.


The defence counsel opposed the CBI application for further remand saying already enough time was granted to the agency and nothing incriminating was found against accused.


Michel was arrested in the UAE and extradited to India on December 4.
« Back to LIVE