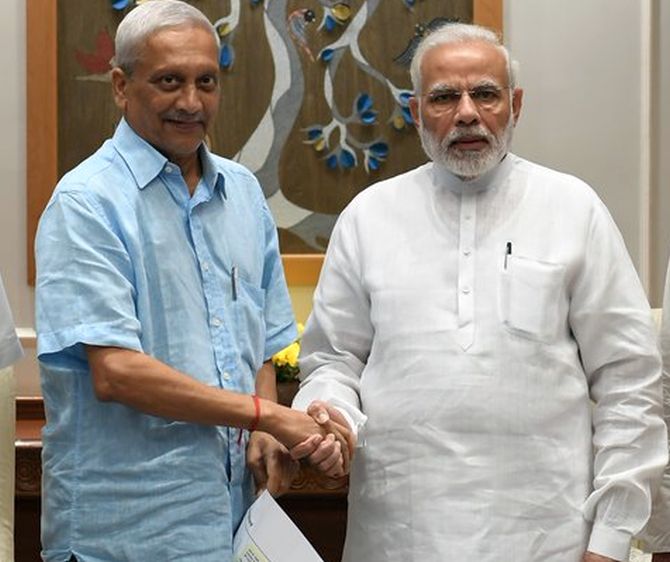 
Parrikar manages the crucial portfolios of home, personnel and finance in the state government.


Parrikar has been recuperating at his home near Panaji since October 14 upon his return from the All India Institute of Medical Sciences in New Delhi where he underwent treatment for a pancreatic ailment.


The Bharatiya Janata Party has maintained that the government it leds in the coastal state is stable and all allies are with the BJP.


"He is not transferring his power to other ministers because he doesn't trust any of them," Ghate, tells Rediff.com's Hemant Waje.

Read the interview here.
« Back to LIVE