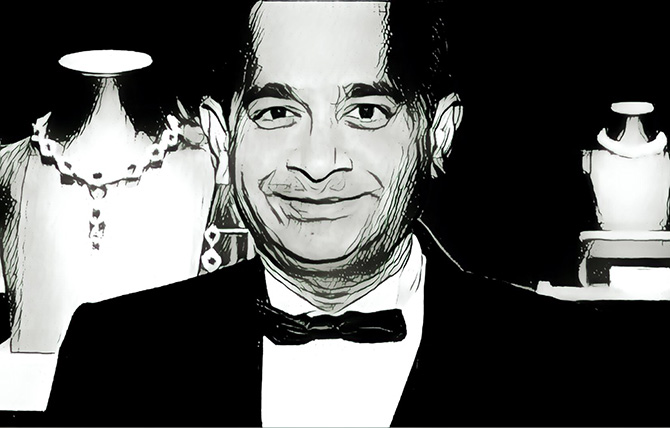 Authorities have been directed to demolish the "illegal" bungalow of fugitive diamond trader and PNB scam accused Nirav Modi situated in Raigad district, a Maharashtra minister said, days after the high court pulled up the state government for not taking action against it.
Environment Minister Ramdas Kadam gave the demolition order after presiding over a review meeting on illegal bungalows built in the adjoining coastal district with Raigad collector Vijay Suryawanshi at the state secretariat.
Suryawanshi said one of the "illegal" bungalows in the district belongs to Mehul Choksi, a diamond trader and co-accused in the PNB scam, but there was a court stay on its demolition, along with some other unauthorised buildings.
"The government will request the court to vacate the stay granted on the demolition of illegal bungalows of Choksi and others so that we go ahead and raze them too," the collector said.
The minister gave details of unauthorised bungalows.
"In all, there are total 121 illegal bungalow in Alibaug and 151 illegal bungalows at Murud in Raigad district.
"Some of these bungalows belong to filmstars and industrialists. Today, I have  asked the district collector of Raigad to demolish the illegal bungalow of Nirav Modi, who has looted India and fled," said Kadam.
An official from the district collector's office said Nirav Modi's bungalow is in Kihim village, while that of Choksi is in Awas village in Alibaug, a coastal town popular as a weekend gateway for Mumbai residents.
"The illegalities of these bungalows include the violation of the Coastal Regulation Zone norms and additional construction," the official said.
-- PTI
« Back to LIVE