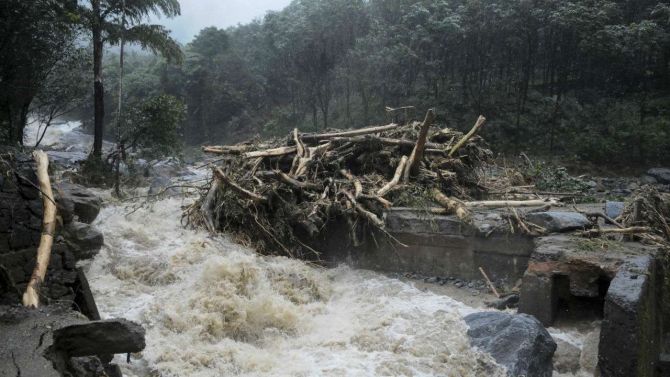 NASA has released a video using satellite data that provides an estimate of rainfall and shows the spread of the resulting severe flooding in Kerala, and parts of Karnataka.


The summer monsoon is a regular feature this time of year in India, and it can bring heavy rains to the region. However, periodically areas of low pressure can form within the general monsoon trough and bring even more rain.


Kerala is facing its worst floods in nearly a century that has left at least 231 people dead, and forced over thousands of people out of their homes. The Centre has declared this calamity of 'severe nature'.


Although the extreme Himalayan topography is much more well-known, another contributing factor to the heavy rains along the southwest coast of India is the Western Ghats, NASA said in a statement.


Though much smaller than the Himalayas, this mountain range runs parallel to the West Coast of India with many peaks over 2,000 metres. As a result, the Western Ghats are well positioned to enhance rainfall along the West Coast of India as they intercept the moisture laden air being drawn in off the warm waters of the northern Indian Ocean and Arabian Sea as part of the southwest monsoon circulation.
« Back to LIVE