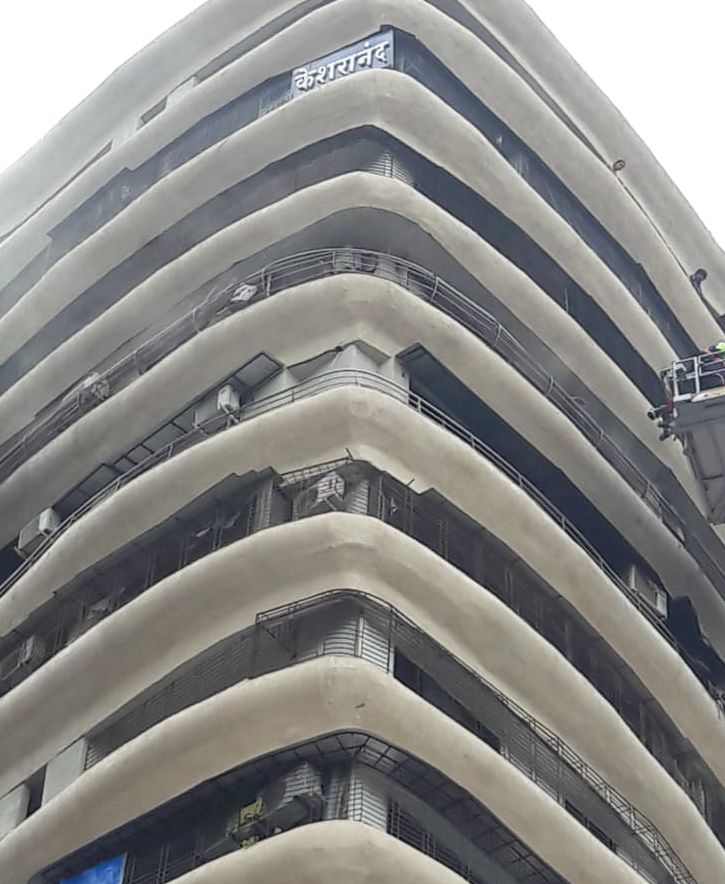 The death toll in the Mumbai high-rise fire goes up to four. ANI reports that four people have died in the fire accident that broke out in Crystal Tower near Hindmata Cinema in Parel area earlier today. Identification of two bodies is still to be done. At least 16 people have been injured in the fire. They were rushed to the nearby KEM Hospital, where two of them were declared brought dead, the city civic body said in a statement.


The smoke spread through the building's staircases and lifts were not used as a precautionary measure. Snorkel ladders were used to rescue residents stranded in the building, an official in the fire brigade control room here said. Ten fire engines, four water tankers, officials of the Mumbai Police and electrical mechanics were at the spot, he said. The cause of the fire will be known after an inquiry.
« Back to LIVE
Business emailOffice email AppDomain registrationWebsiteRediffmailMoneyCompany emailOnline ShoppingBooksGiftsVideosBlogsBuzz