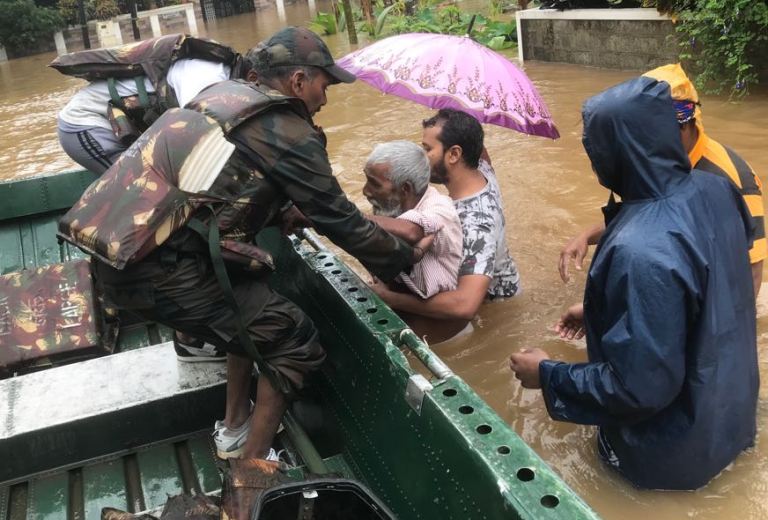 The government is unlikely to accept any foreign financial assistance for flood relief operations in Kerala, official sources said.
They said government has taken a considered decision to rely solely on domestic efforts to tide over the situation.
The United Arab Emirates has offered $100 million (around Rs 700 crore) as financial assistance for flood relief operation in Kerala.
Sheikh Mohammed Bin Zayed Al Nahyan, the crown prince of Abu Dhabi, called up Prime Minister Modi and made the offer for assistance, Kerala Chief Minister Pinarayi Vijayan said in Thiruvananthapuram.
Around three million Indians live and work in the UAE out of which 80 per cent are from Kerala.
The government of Maldives has also decided to donate $50,000 (Rs 35 lakh) for flood affected people in Kerala.
It is understood that the UN is also offering some assistance for Kerala.
However, sources said India is unlikely to accept the assistance.
The floods in Kerala, worst in a century, have claimed lives of 231 people besides rendering over 14 lakh people homeless.
« Back to LIVE