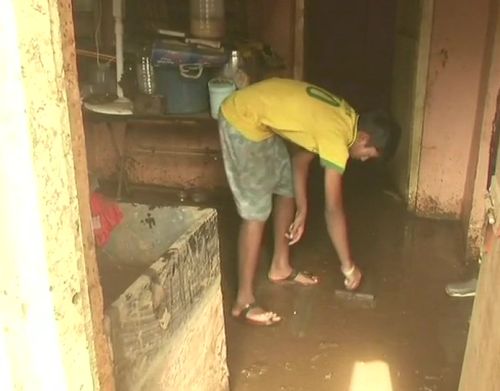 Gautham, a Class 10 student from Vandiperiyar in Kerala lost his books and notebooks in the flood. He says, "We returned home from a relief camp after 15 days today and I can't find my books. I don't know how I will continue my studies now." Gautham's father added,"we have lost everything."


On August 20, a 19-year-old boy allegedly committed suicide on finding that his Class 12 certificates were damaged in the devastation caused by monsoon in Kozhikode district. The boy's death came to light later in the day when his parents came to clean up the house as the water receded. They were shocked to see him hanging, police said.


Volunteers engaged in relief work in rain-hit regions here say houses, flats and shops affected by the floods resembled a 'battlefield' and it is "a very big challenge" to restore them.


According to the Disaster Management State Control room, 231 people have lost their lives and 32 are missing in rain-related incidents since August 8. Nearly 14.50 lakh people from 3.91 lakh families are still in about 3,879 relief camps across the state.
« Back to LIVE