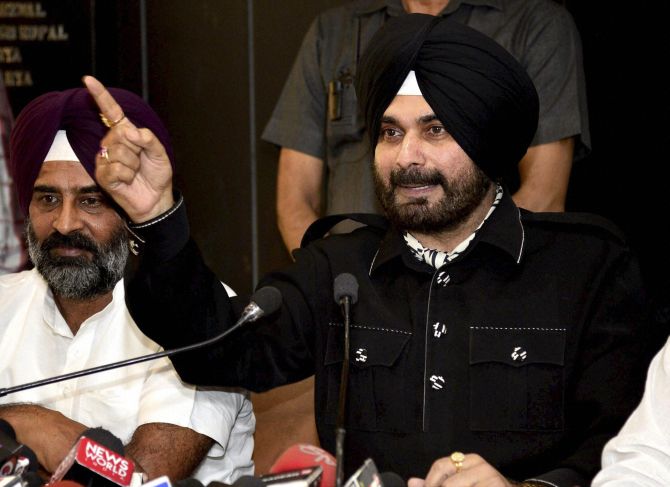 
He said, "I don't think Sidhu is of a stable mind. If he had some basic sense, he would not go to Pakistan to attend the swearing in of Imran Khan. If he goes, people will see this as an act of betrayal, nobody will forgive him."


Cricketer-turned-politician Navjot Singh Sidhu is scheduled to attend the swearing-in ceremony of Imran Khan on August 18.


The decision came shortly after Khan extended a personal invite to the Punjab Cabinet Minister over phone, to attend his swearing-in ceremony.


According to Punjab's Information and Public Relations Department, Khan also thanked Sidhu for praising him in a press conference on August 2. -- ANI
« Back to LIVE
Business emailOffice email AppDomain registrationWebsiteRediffmailMoneyCompany emailOnline ShoppingBooksGiftsVideosBlogsBuzz