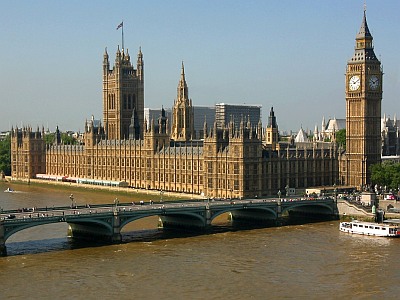 A man has been arrested and a number of pedestrians injured after a car crashed into security barriers outside the Houses of Parliament, Scotland Yard has said, the Guardian reports.


Streets around Parliament Square, Millbank and Victoria Tower Gardens have been cordoned off as dozens of armed police swooped on the scene.


Officers could be seen surrounding the car before leading a man away in handcuffs. A number of ambulances arrived at the scene.


A statement from Scotland Yard said: "At 0737 hours today, a car was in collision with barriers outside the Houses of Parliament. The male driver of the car was detained by officers at the scene. A number of pedestrians have been injured. Officers remain at the scene. We will issue further info when we have it.' It was unclear if the incident was terror related.