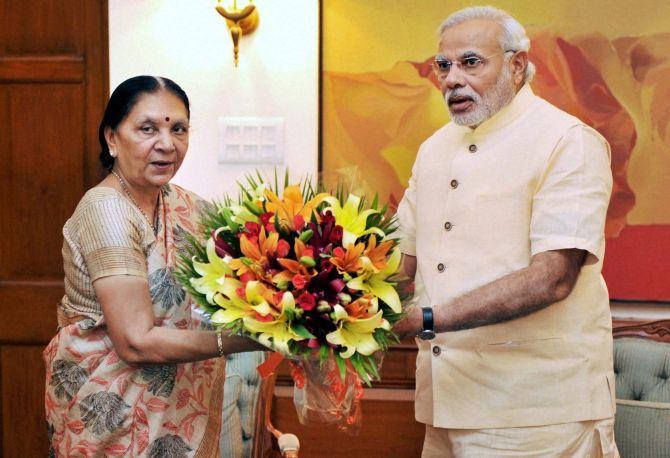 President Ram Nath Kovind today gave Madhya Pradesh Governor Anandiben Patel additional charge of Chhattisgarh following the demise of  Balramji Dass Tandon, a Rashtrapati Bhavan spokesman said.
Patel will discharge the additional duties until the regular arrangements for the office of governor of Chhattisgarh are made, he said.
Tandon, who was one of the founding members of the Bharatiya Janata Party's parent organisation Jan Sangh, died today after suffering a heart attack at the government-run Dr B R Ambedkar Memorial Hospital in Raipur. He was 90.  -- PTI
« Back to LIVE