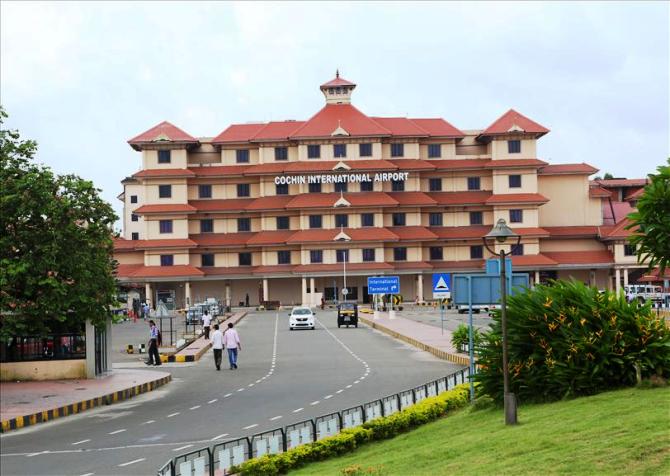 A Kuwait Airways flight carrying 161 passengers landed off the centre from the runway at the international airport in Kochi as sudden downpour caused visibility problems early today, airport sources said.
All passengers alighted safely, they said.
The aircraft landed at 4.20 am, but a little off the centre of the runway, making contact with the lights at its edge before taxiing to the parking bay.
Flight operations were disrupted for a brief time and resumed minutes after after 'cleaning and correcting' the runway lights, an airport spokesperson said.
The KU357 flight later left for Kuwait, he said.  -- PTI
« Back to LIVE