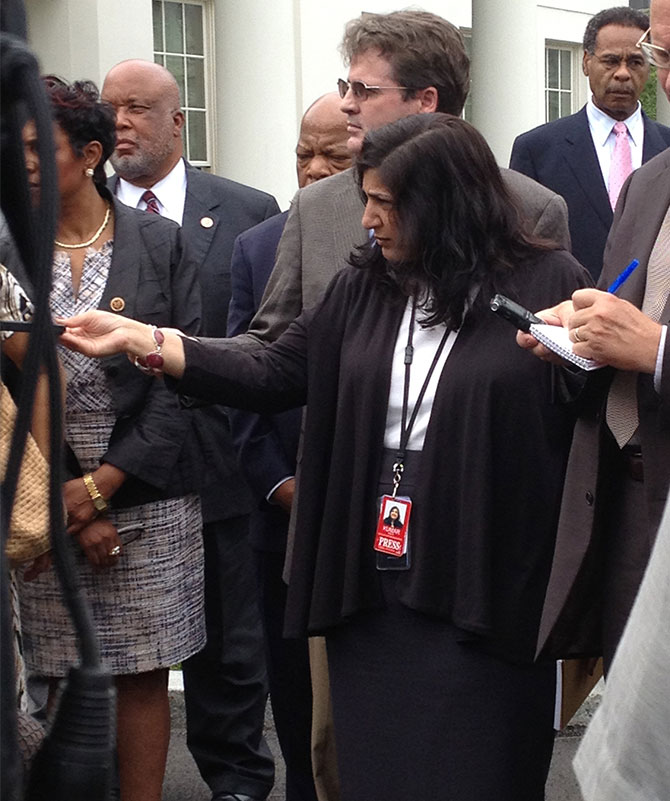 "President Trump is accessible in some ways -- he appears to answer more questions than President Obama at the end of so-called pool sprays or when he's walking across the Rose Garden, but in other ways his administration is more closed off -- there are less briefings and less answers to questions.


"Disagreements between reporters and the White House has always been there, but this is the most tense I have seen it since I have been there.


"I have faced more attacks and threats than I have ever before (the same goes for the rest of the press corps). It started during the 2016 presidential campaign and has continued to today."


Anita Kumar, a White House correspondent, who has covered the Barack Obama and Donald Trump presidencies, was elected to the board of the White House Correspondents Association last week. An email interview with Archana Masih/Rediff.com.

Do read
« Back to LIVE