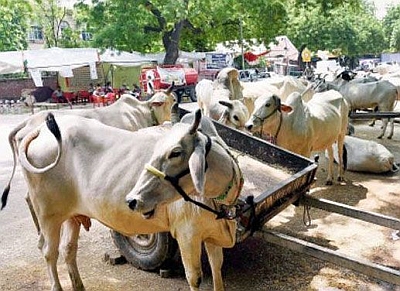 A cattle trader was killed and another injured when Army personnel allegedly opened fire on them in Ramban district of Jammu and Kashmir today, the police said.
Mohammad Rafiq Gujjar, 28, and Shakeel Ahmad, 30, both residents of Gool, were allegedly fired upon by soldiers of the 58 Rashtriya Rifles when they were leaving Kohli village around 4 am, a police official said.
He said while Gujjar died on the spot, Ahmad was injured in the firing and was shifted to hospital.
Both of them were cattle traders and had come to the village in connection with their business, the official said quoting preliminary investigation.
Senior Superintendent of Police, Ramban, Mohan Lal confirmed the death of a civilian and injuries to another in the firing and said an FIR is being registered in this connection.
"Investigation is on and a case is being lodged against Army personnel,' he told PTI. An Army officer, when contacted, said the soldiers opened fire after observing suspicious movement of some persons.
"We are on the job and getting details of the incident," the officer said.  -- PTI
« Back to LIVE