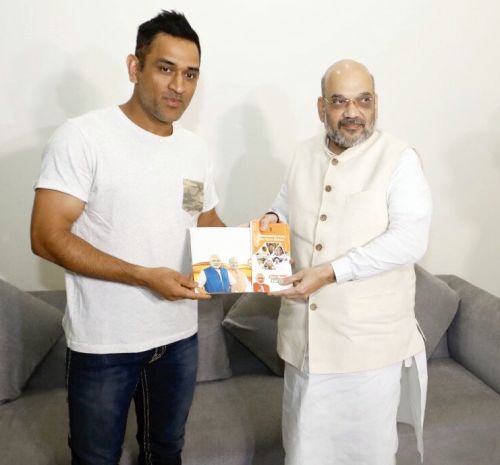 Bharatiya Janata Party president Amit Shah today met Indian cricketer M S Dhoni as a part of party's "Sampark for Samarthan" initiative.
The BJP's programme is meant to reach out to political allies -- as well as prominent personalities -- ahead of next year's general election.
"As part of "Sampark for Samarthan" initiative, met @msdhoni, one of the greatest finishers in world cricket. Shared with him several transformative initiatives and unprecedented work done by PM @narendramodi's govt in the last 4 years," Shah tweeted after his meeting with former Indian cricket team captain.
« Back to LIVE