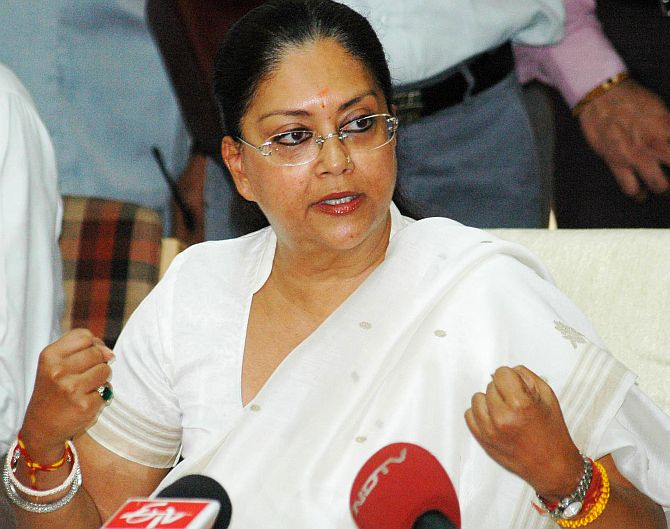 BJP president Amit Shah today flagged off Rajasthan Chief Minister Vasundhara Raje's pre-poll tour 'Rajasthan Gaurav Yatra' from the Charbhujanath temple in Rajsamand district.
The 58-day tour is aimed at seeking people's mandate in the assembly elections scheduled to be held later this year.
Raje and Shah offered prayers at the temple before the chief minister boarded the specially designed bus with the party president.
They left for a helipad nearby to head to Kankroli city in the district to address the first meeting of the tour. The 'rath' will reach Kankroli by road and will be used by Raje for her onward journey.
During the yatra, Raje will spend 40 days touring and addressing public meetings and the remaining 18 will be off.
The 'Rajasthan Gaurav Yatra' will cover 165 of the total 200 assembly constituencies in the state before its culmination on September 30 in Ajmer.
-- PTI
« Back to LIVE